It's a Shame it Wasn't Center Mass 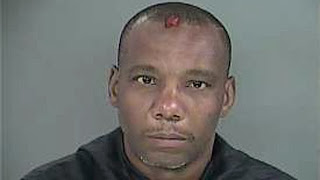 Richard Keese is very lucky.   If that bullet had hit 1 inch lower, he would almost certainly be in the morgue, not the jail.   From the Foxcarolina:

Lt. Sheila Cole with the Anderson County Sheriff's Office said about 3 p.m. a man forced his way into a Mays Street home and attacked a woman inside the home.

The elderly homeowner then shot the man with a revolver, grazing his head, according to Cole.

A firearm makes an elderly woman more than a match for a healthy male with a baseball bat.  Richard Keese was attacking a younger woman who was in the house with the older homeowner.

From the wound, it appears that  a .38 caliber or larger handgun was used.  I suspect that Keese has quite a headache.