Who the Hell is Seymour Hersh 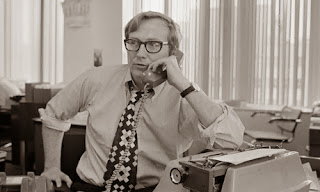 In my ignorance I had never heard of (or had forgotten) this guy until now.  Turns out he's the asshole who smeared American GIs with his reporting of the My Lai massacre during the Vietnam war and made it look as if American soldiers were the Golden Horde reincarnated.

But it appears that he was and remains what has nearly become extinct; an actual journalist, rather than a member of the Democrat Party's propaganda department.