The California Highway Patrol in the Los  Angeles area recently found some amusement filling out accident reports in a series of car accidents. As it turned out, drivers  were losing control and running into other vehicles upon seeing a giant  woman's pubis displayed on the front part of an oncoming car.
The  CHP started frantically looking for the dangerous pubis and came upon the tracks of a young hairdresser named Nelly Node. Nelly's passion for the arts made the young woman photograph her own crotch and put the zoomed picture on her Volkswagen Beetle. Nelly decided to use such a shameless method to prepare her college course work in which she analyzed the art of design. The  witty student's idea worked for the college professors.
She was proudly driving her 'pubic beetle' until the CHP arrested the woman. The court ruled that Nelly's car was creating a dangerous situation on the roads. The girl had to paint over her car's hood.
Here's  a picture of her VW before she had to repaint it. 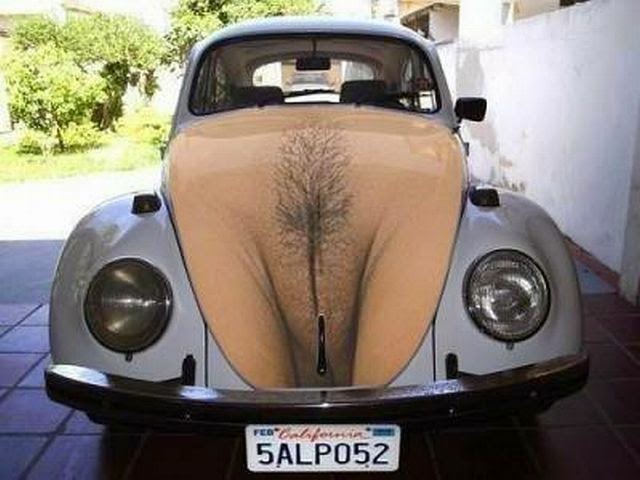 Straight From the Camel's Mouth 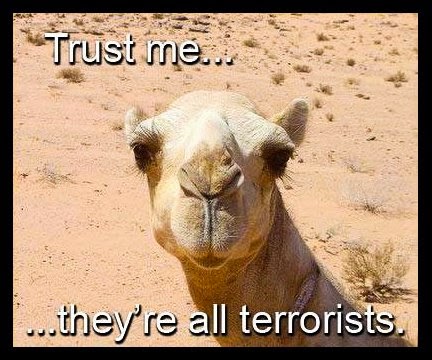 Looks Like Police Departs Can Learn By Thinking Outside the "Box"

Texas town reduces crime by 66%:
Rather than degenerate into a lawless land where criminals rule the streets, a Texas town that fired its entire police department has seen a 61% decrease is crime.

In 2012, Sharpstown, a community of 66,000 located just southwest of Houston, declined to renew its contract with the constable’s office, essentially dismissing its cops.
Instead, the Sharpstown Civic Association hired SEAL Security Solutions, a private firm, to patrol their streets.

© SPUTNIK/ VITALY PODVITSKI
To Protect and to Serve? Police Brutality Rises in US
“Since we’ve been in there, an independent crime study that they’ve had done [indicates] we’ve reduced the crime by 61% in just 20 months," James Alexander, Director of Operations for SEAL, told guns.com
The private security firm places its officers on continuous patrol in their assigned neighborhoods, as opposed to the strategy of intermittent presence that the constable embraced.
“On a constable patrol contract, it’s either a 70/30 or an 80/20,” Alexander said. “Meaning they say they patrol your community 70 percent of the time, [while] 30 percent of the time they use for running calls out of your area or writing reports.”
SEAL also relies heavily on crime statistics when it designs its patrol efforts.
“The second thing that drastically reduces the crime is that we do directed patrols, meaning we don’t just put an officer out there and say ‘here, go patrol,’” he said. “We look at recent crime stats, and we work off of those crime stats. So if we have hotspots in those areas say for that month, we focus and concentrate our efforts around those hotspots.”

© EAST NEWS/ AP/FOTOLINK
To Protect and to Serve? LA Police Brutally Beat, Kill Homeless Man (VIDEO 18+)
When asked to compare traditional law enforcement to the SEAL model, Alexander explained:
“Law enforcement officers are trained to be reactive. They’re out there to run calls, they’re running one call to another, so they’re reacting to something that’s already happened. Private security, the way that we train our guys, is more proactive, meaning that we’re in the community proactively patrolling to prevent those crimes.”
Not only has SEAL been more successful at preventing crime in Sharpstown than traditional law enforcement, they are cheaper. Sharpstown is saving $200,000 per year over their previous contract with the constable, and they get more patrol officers for less money, guns.com reported.
So far, more than 70 communities in Harris County, where Sharpstown is located, have contracted with SEAL, according to guns.com.