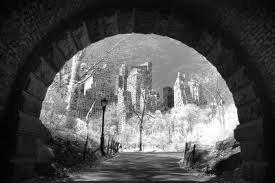 I once had a low opinion of tax cheats; no longer.  You can now rest assured that 100% of the Federal taxes you pay will be wasted.

Now its being reported that our underground economy is the only thing keeping the country afloat.  Just goes to show things work well when there is no government involvement, and further proof that liberals are transforming the world's last super power into a third world nation.  "Hope and Change".

CNBC:  "The growing underground economy may be helping to prevent the real economy from sinking further, according to analysts.

The shadow economy is a system composed of those who can't find a full-time or regular job. Workers turn to anything that pays them under the table, with no income reported and no taxes paid — especially with an uneven job picture.

"I think the underground economy is quite big in the U.S.," said Alexandre Padilla, associate professor of economics at Metropolitan State University of Denver. "Whether it's using undocumented workers or those here legally, it's pretty large."

"You normally see underground economies in places like Brazil or in southern Europe," said Laura Gonzalez, professor of personal finance at Fordham University. "But with the job situation and the uncertainty in the economy, it's not all that surprising to have it growing here in the United States."

Estimates are that underground activity last year totaled as much as $2 trillion, according to a study by Edgar Feige, an economist at the University of Wisconsin-Madison."